American patriotic song
For other uses, see America the Beautiful (disambiguation).
Not to be confused with the national anthem.

"America the Beautiful" is a patriotic American song. Its lyrics were written by Katharine Lee Bates and its music was composed by church organist and choirmaster Samuel A. Ward at Grace Episcopal Church in Newark, New Jersey.[1] The two never met.[2]

Bates wrote the words as a poem originally entitled "Pikes Peak". It was first published in the Fourth of July 1895 edition of the church periodical, The Congregationalist. It was at that time that the poem was first entitled "America".

Ward had initially composed the song's melody in 1882 to accompany lyrics to "Materna", basis of the hymn, "O Mother dear, Jerusalem", though the hymn was not first published until 1892.[3] The combination of Ward's melody and Bates's poem was first entitled "America the Beautiful" in 1910. The song is one of the most popular of the many U.S. patriotic songs.[4]

In 1893, at the age of 33, Bates, an English professor at Wellesley College, had taken a train trip to Colorado Springs, Colorado, to teach at Colorado College.[5] Several of the sights on her trip inspired her, and they found their way into her poem, including the World's Columbian Exposition in Chicago, the "White City" with its promise of the future contained within its gleaming white buildings;[6] the wheat fields of America's heartland Kansas, through which her train was riding on July 16; and the majestic view of the Great Plains from high atop Pikes Peak.[7][8]

On the pinnacle of that mountain, the words of the poem started to come to her, and she wrote them down upon returning to her hotel room at the original Antlers Hotel. The poem was initially published two years later in The Congregationalist to commemorate the Fourth of July. It quickly caught the public's fancy. An amended version was published in 1904.[9][10]

Historical marker at Grace Church in Newark where Samuel Ward worked as organist, and wrote and perfected the tune "Materna" that is used for "America the Beautiful".

The first known melody written for the song was sent in by Silas Pratt when the poem was published in The Congregationalist. By 1900, at least 75 different melodies had been written.[11] A hymn tune composed in 1882 by Samuel A. Ward, the organist and choir director at Grace Church, Newark, was generally considered the best music as early as 1910 and is still the popular tune today. Just as Bates had been inspired to write her poem, Ward, too, was inspired. The tune came to him while he was on a ferryboat trip from Coney Island back to his home in New York City after a leisurely summer day and he immediately wrote it down. He composed the tune for the old hymn "O Mother Dear, Jerusalem", retitling the work "Materna". Ward's music combined with Bates's poem were first published together in 1910 and titled "America the Beautiful".[12]

Ward died in 1903, not knowing the national stature his music would attain. Bates was more fortunate, since the song's popularity was well established by the time of her death in 1929.[11] It is included in songbooks in many religious congregations in the United States.[13] 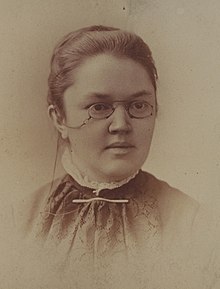 Frank Sinatra recorded the song with Nelson Riddle during the sessions for The Concert Sinatra in February 1963, for a projected 45 single release. The 45 was not commercially issued however, but the song was later added as a bonus track to the enhanced 2012 CD release of The Concert Sinatra.

In 1976, while the United States celebrated its bicentennial, a soulful version popularized by Ray Charles peaked at number 98 on the US R&B chart.[18][a] His version was traditionally played on New Year's Eve in Times Square following the ball drop. During her peak to stardom, R&B singer Mariah Carey sung this song at the 1990 NBA Finals

Popularity of the song increased greatly following the September 11 attacks; at some sporting events it was sung in addition to the traditional singing of the national anthem. During the first taping of the Late Show with David Letterman following the attacks, CBS newsman Dan Rather cried briefly as he quoted the fourth verse.[23]

For Super Bowl XLVIII, The Coca-Cola Company aired a multilingual version of the song, sung in several different languages. The commercial received some criticism on social media sites, such as Twitter and Facebook, and from some conservatives, such as Glenn Beck.[24][25][26] Despite the controversies, Coca-Cola later reused the Super Bowl ad during Super Bowl LI, the opening ceremonies of the 2014 Winter Olympics and 2016 Summer Olympics and for patriotic holidays.[27][28]

On January 20, 2017, Jackie Evancho released Together We Stand, a disc containing three patriotic songs including "America the Beautiful".[35] The song charted at No. 4 on Billboard's Classical Digital Song sales chart.[36]

An abbreviated cover with the 1911 lyrics was performed by for the soundtrack of the 2020 video game Wasteland 3, and is played during the final hostile encounters in the Denver section.

Jennifer Lopez performed the song at President Joe Biden's inauguration on January 20, 2021 as the second half of a medley with "This Land Is Your Land" by Woody Guthrie.[37]

"From sea to shining sea", originally used in the charters of some of the English Colonies in North America, is an American idiom meaning "from the Atlantic Ocean to the Pacific Ocean" (or vice versa). Other songs that have used this phrase include the American patriotic song "God Bless the U.S.A." and Schoolhouse Rock's "Elbow Room". The phrase and the song are also the namesake of the Shining Sea Bikeway, a bike path in Bates's hometown of Falmouth, Massachusetts. The phrase is similar to the Latin phrase "A Mari Usque Ad Mare" ("From sea to sea"), which is the official motto of Canada.[38]

"Purple mountain majesties" refers to the shade of Pikes Peak in Colorado Springs, Colorado, which inspired Bates to write the poem.[39] The idiom inspired the Colorado Rockies to have purple as one of its team colors.[40]

In 2003, Tori Amos appropriated the phrase "for amber waves of grain" to create a personification for her song "Amber Waves". Amos imagines Amber Waves as an exotic dancer, like the character of the same name portrayed by Julianne Moore in Boogie Nights.

Lynn Sherr's 2001 book America the Beautiful discusses the origins of the song and the backgrounds of its authors in depth. The book points out that the poem has the same meter as that of "Auld Lang Syne"; the songs can be sung interchangeably. Additionally, Sherr discusses the evolution of the lyrics, for instance, changes to the original third verse written by Bates.[16]

Melinda M. Ponder, in her 2017 biography Katharine Lee Bates: From Sea to Shining Sea,[8] draws heavily on Bates's diaries and letters to trace the history of the poem and its place in American culture. 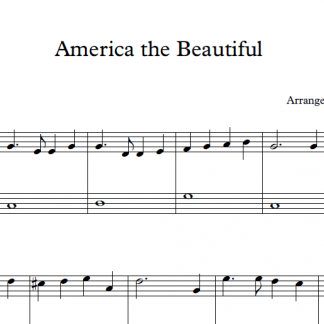