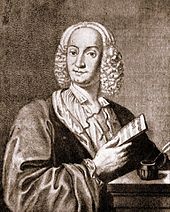 The Four Seasons (Italian: Le quattro stagioni) is a group of four violin concerti by Italian composer Antonio Vivaldi, each of which gives musical expression to a season of the year. They were written around 1716–1717 and published in 1725 in Amsterdam, together with eight additional concerti, as Il cimento dell'armonia e dell'inventione (The Contest Between Harmony and Invention).

The Four Seasons is the best known of Vivaldi's works. Though three of the concerti are wholly original, the first, "Spring", borrows motifs from a sinfonia in the first act of Vivaldi's contemporaneous opera Il Giustino. The inspiration for the concertos is not the countryside around Mantua, as initially supposed, where Vivaldi was living at the time, since according to Karl Heller[1] they could have been written as early as 1716–1717, while Vivaldi was engaged with the court of Mantua only in 1718. They were a revolution in musical conception: in them Vivaldi represented flowing creeks, singing birds (of different species, each specifically characterized), a shepherd and his barking dog, buzzing flies, storms, drunken dancers, hunting parties from both the hunters' and the prey's point of view, frozen landscapes, and warm winter fires.

Unusually for the period, Vivaldi published the concerti with accompanying sonnets (possibly written by the composer himself) that elucidated what it was in the spirit of each season that his music was intended to evoke. The concerti therefore stand as one of the earliest and most detailed examples of what would come to be called program music—i.e., music with a narrative element. Vivaldi took great pains to relate his music to the texts of the poems, translating the poetic lines themselves directly into the music on the page. For example, in the middle section of "Spring", when the goatherd sleeps, his barking dog can be heard in the viola section. The music is elsewhere similarly evocative of other natural sounds. Vivaldi divided each concerto into three movements (fast–slow–fast), and, likewise, each linked sonnet into three sections. 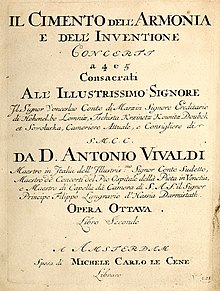 Vivaldi's arrangement is as follows:

A performance of all four concerti may take about 40–43 minutes. Approximate timings of the individual concerti:[2]

There is some debate as to whether the four concertos were written to accompany four sonnets or vice versa.[3] Though it is not known who wrote the accompanying sonnets, the theory that Vivaldi wrote them is supported by the fact that each sonnet is broken into three sections, each neatly corresponding to a movement in the concerto. Regardless of the sonnets' authorship, The Four Seasons can be classified as program music, instrumental music intended to evoke something extra-musical,[4] and an art form which Vivaldi was determined to prove sophisticated enough to be taken seriously.[5]

The following performances, recorded on 6 February 2000, are by the Wichita State University Chamber Players, an ensemble of the Wichita Symphony Orchestra. The soloist is John Harrison. 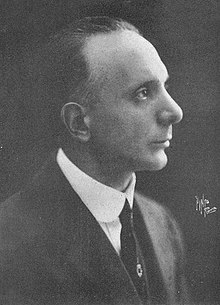 Bernardino Molinari, who made the first electrical recording of The Four Seasons in 1942.

The date and personnel on the first recording of The Four Seasons are disputed. There is a compact disc of a recording made by the violinist Alfredo Campoli taken from acetates of a French radio broadcast; these are thought to date from early in 1939.[6] The first proper electrical recording was made in 1942 by Bernardino Molinari; though his is a somewhat different interpretation from modern performances, it is clearly recognisable as The Four Seasons. Molinari's recording was made for Cetra, and was issued in Italy and subsequently in the United States on six double-sided 78s, in the 1940s. It was then reissued on long-playing album in 1950, and, later, on compact disc.[7]

The first American recording was made in the final week of 1947 by the violinist Louis Kaufman.[8] The recording was made at Carnegie Hall in advance of a scheduled recording ban effective 1 January 1948.[9] The performers were The Concert Hall Chamber Orchestra under Henry Swoboda, Edith Weiss-Mann (harpsichord) and Edouard Nies-Berger (organ).[10] This recording helped the re-popularisation of Vivaldi's music in the mainstream repertoire of Europe and America following on the work done by Molinari and others in Italy.[9] It won the French Grand Prix du Disque in 1950, was elected to the Grammy Hall of Fame in 2002, and was selected the following year for the National Recording Registry in the Library of Congress. Kaufman, intrigued to learn that the four concertos were in fact part of a set of twelve, set about finding a full score and eventually recorded the other eight concertos in Zürich in 1950, making his the first recording of Vivaldi's complete Op. 8.[11]

The ensemble I Musici recorded The Four Seasons several times, the debut recording in 1955 with Felix Ayo; a 1959 recording featuring Ayo again; and subsequent recordings featuring Roberto Michelucci (1969), Pina Carmirelli (1982), Federico Agostini (1990), and Mariana Sîrbu (1995). The 1969 Argo recording by the Academy of St. Martin-in-the-Fields conducted by Neville Marriner and featuring the soloist Alan Loveday sold over half a million copies; it became the ensemble's first-ever gold record.[12]

I Solisti di Zagreb, under the baton of Antonio Janigro with Jan Tomasow as violin soloist and Anton Heiller on harpsichord, followed in 1957 on the Vanguard label, further reissued under the Philips and other labels. Wilfrid Mellers, an English music critic, musicologist and composer wrote of this performance, "the soloists phrase their lyricism beautifully."[citation needed] John Thornton wrote about this recording, "Here is matchless ensemble playing, topped by Tomasow's secure playing. Janigro reveals his talent for conducting, which competes with his considerable talent for cello playing."[13]

Ivan Supek wrote of this recording:

I will attempt to convey to you how much this performance means to me, and might mean to you, as well. My first encounter with the records took place almost thirty years ago, when “our” Antonio revealed to me the true significance of the piece of another great Antonio, his famous namesake, whose Le Quattro Staggioni I could hardly listen any more because of the "grand", actually too grand, performances usual at that time, let alone enjoy them. What a change it was – a window into a new world; music is fast, precise and true to life, the intonation is correct, the continuo appropriate, and the violin of beautiful sound in fitting correlation with the Zagreb Soloists. The self-assured and fine tone of Jan Tomasow's solo violin relates perfectly with the Soloists; the entire performance is impregnated with the spirit of Janigro's perfectionism, leaving the music and its soul fully exposed. It had been for a long time the only performance I could listen to. Only during [the] last decade some new kids, playing authentic instruments, have offered to me similar pleasure and insights into the music of Antonio Vivaldi and, to my great pleasure, Janigro's performance is no longer the only choice for me. In my opinion, this also shows how Janigro's performance in co-operation with the Zagreb Soloists was far ahead its time, as corroborated by Igor Stravinsky, who claimed that it was the most beautiful performance of Le Quattro Staggioni he had ever heard, a statement which I only recently learned about. No wonder, since such “bareness” and precision of Janigro's interpretation must have appealed to him. It was much later that I discovered the excellence of the recording as well. At that time, the Zagreb Soloists were recording for Vanguard, mostly in Vienna at various locations, and this particular recording was made in 1957 at Rotenturmstrassaal. Recording was produced by Seymour Solomon, chief producer of the entire edition, who would personally come from the USA to oversee every recording to be made by the Zagreb Soloists, whereas the Vanguard branch in Vienna "Amadeo" was in charge of the organisation. (My gratitude to one of the founders of the Zagreb Soloists, Mr. Stjepan Aranjoš, for providing me with some important insights). Janigro was a perfectionist, often rather merciless, not only in matters of music but also in terms of the sound, so he participated directly and intensely in [the] recording process, which was quite uncommon at that time. All that great care, by all participants in the project, is amply reflected in the recording itself, resulting in an airy performance of appropriate spaciousness and extension, with only occasional “congestion” of high tones in forte sections.[14]

Paul Shoemaker wrote about this recording:

Nothing I have heard changes my view that the best Seasons ever was performed by Jan Tomasow and I Solisti di Zagreb and beautifully recorded by Vanguard at the very beginning of the stereo era. If you have almost every other version of the Seasons, you’ll want this one, too. If money and space are no obstacle, it might be worth having.[15]

Nigel Kennedy's 1989 recording of The Four Seasons with the English Chamber Orchestra sold over two million copies, becoming one of the best-selling classical works ever.[16] Gil Shaham and the Orpheus Chamber Orchestra recorded The Four Seasons as well as a music video for the first movement of "Winter" that was featured regularly on The Weather Channel in the mid-1990s.

The World's Encyclopedia of Recorded Music in 1952 cites only two recordings of The Four Seasons – by Molinari and Kaufman. By 2011, approximately 1,000 different recorded versions have been made since Campoli's in 1939.[citation needed]

Classical musicians have sought to distinguish their recordings of The Four Seasons, with historically informed performances, and embellishments, to the point of varying the instruments and tempi, or playing notes differently from the listener's expectation (whether specified by the composer or not).[17] It is said that Vivaldi's work presents such opportunities for improvisation.[18]

Derivative works of these concerti include arrangements, transcriptions, covers, remixes, samples, and parodies in music—themes in theater and opera, soundtracks in films (or video games), and choreography in ballet (along with contemporary dance, figure skating, rhythmic gymnastics, synchronized swimming, etc.)—either in their entirety, single movements, or medleys. Antonio Vivaldi appears to have started this trend of adapting music from The Four Seasons, and since then it has expanded into many aspects of the performing arts (as have other instrumental & vocal works by the composer). This contest between harmony and invention (as it were) now involves various genres around the world: 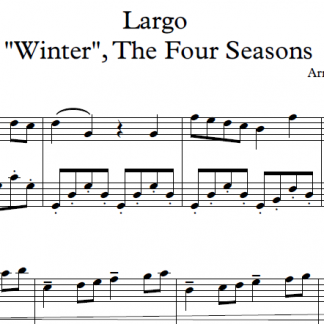